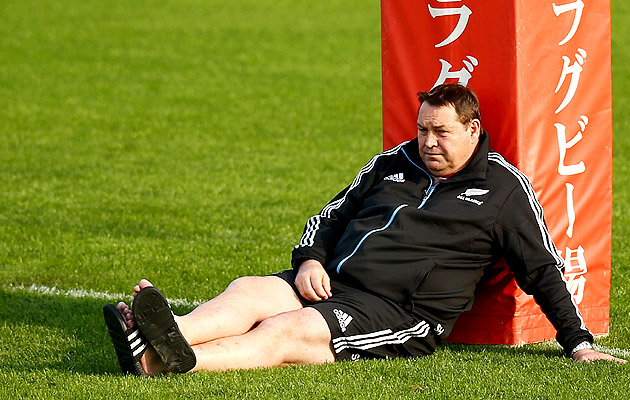 Stephen Jones reckons the Crusaders would get thrashed by Leinster or another of those Hybrid mercenary squads full of Aussies, Kiwis, Yarpies, Irish and Scots. Having watched many of those sides play, I am not saying the Crusaders or Lions would crush them, but I am sure they would be competitive. Nothing I ever see about that Northern set of competitions ever strikes me as entertaining. Ronan O’Gara prophetically opined that the lack of crowds for Rugby in NZL (specifically the Crusaders) was odd given the talent on display. Europe has the rabid fanaticism of its supporters but they don’t have the beaches, the fishing, the hangis, the barbies, the brais and outdoors competing with them as severely.. haha

Will the Wallabies ever learn? Talking themselves’ up has not boded well over the last 16 years.

Last years’ win was at best a dead rubber with the firmware securely locked in at Rugby HQ in NZL.

Did the Irish fiasco show them nothing?

I think positivity is important, but a false set of reality will not go well in the psyche of the players who may not actually believe (which is always half (or more) the battle at these levels.

Talk the All Blacks up, stay humble and say “we’re looking forward to the challenge” and then strike hard and fast and stay with it for the 80+ minutes it will take to win. Then turn up and do it again the following week, and then the following week.

Welcome to copying the All Blacks.

Is it me, or did the Waratahs play better without Hooper? It might be sacrilege but it certainly looked that way. Thoughts?

Pocock, I think he’s been pegged by good teams. Might be influential against minnows, but the good teams know how to counter him. It will be interesting to see how he goes over the next month or so.

This is a year of reckoning. With so many of their player base having headed off (understandably) to greener pastures it’s a very Lion-esque team that was found somewhat wanting in Christchurch this week just gone.

Marx is a standout of course but he cannot do it all (although he seems to try). There are a lot of players around I like the look of and I hope they are all selected. Will Politics win out?

Is Rugby in South Africa destined to die? Will the internal politics in the country kill it off (the forced land grabs with no compensation springs to mind).

One can only hope not. A good rampant South African Team is good for world rugby.

Well I cannot say too much. I am thinking “Same ol’ Same ol’” on this lot. They certainly had a better Rugby Championship, but died in the ass when they needed to step in go further in the finals. I was disappointed as I’d liked what they were about in 2018.

The may roll Australia or South Africa is they play outside themselves and the Yarps and Chain rattlers let their guards down.

What does Argentina want? This is always my question.

Whether we like it or not, it’s the countdown to RWC in 2019. This campaign is where the AB’s traditionally try and settle the squad into its critical parts for the RWC onslaught. They’re not looking to lose the RC, but they don’t hold it as high as trying out some new stuff in a cauldron atmosphere.

The Bledislow, of course, they aim to at least win two games, bring some new blood in for the dead rubber. Keeping it securely locked away.. he he

Now if the Wallabies pounce and take it back, well, there you go, it could be game on!! Not sure, when looking at the squads, Aus has what it takes. Or the Boks.

Is Barrett the guy? You’d have to think so. It’s a mystery why the Hurricanes died in the ass, but they also had moments of brilliance. The Crusader will have to wait, he’ll get a chance I am sure at yeasr end or should anyone get injured. It’s the AB way!! (Quote: Hansen)

A Short one to kick off the International Season……