Home Rugby The Rugby Diatribe #4 – “We have a Plan”

In anyone’s view. Michael Hooper’s “We have a plan” comment is the latest in bombast that has come out the mouth of Wallabies before meeting the All Blacks over the last 16 years. It is only usurped by the Wallabies Rookie Jack Maddocks who glibly Joked “What hoodoo”.  I am fully aware there has to be belief and some sort of stoic view of the way forward, but these outbursts are part of the symptoms that I’ve penned about before on many occasions. I think they need to believe they can win (and they can, on an All Blacks off day”, but they need to take the “dickhead” mentality out of the group. Team of Gold of old were not like this. Sure, they were full of themselves, but they were not delusional about the contest ahead. They always knew they were in for a battle. By declaring that they had a plan, Hooper was implying that in Sydney, they didn’t. And it was clear at the end of the game in Auckland that this had not changed much. I’ve been rooting for the Wallabies to stand up a bit and give it to the All Blacks (they need it before the World cup) and I was appalled to see them implode so spectacularly.

Clearly “It was a good training week” does not a hoodoo break make!!
There ‘s been some really good writings of late (see my tweets.. haha) about the lack of “Strategy” and “Culture” in the Wallabies. Cheika is clearly under pressure, biting the heads off reporters who are genuinely asking questions about this coaching and the pressure he’s under. Perhaps not caring if you’re going to have to be accountable for your performance is not the best position for a coach to be in. I think the coach needs to want his/her job and they need to feel accountable. If the coach doesn’t care, or doesn’t feel accountable, how is the group under him going to respond? Now one could argue that they are Wallabies and are playing for their country and that’s incentive enough. But that’s not coming out in their performances at all. Two games in a row they were made to look pedestrian in the second half of a test match.

The analysis of the Wallabies play is fascinating and when you watch it back again you can really see the lack of vision. Even here in All Black central and in the studio with the commentators we could see that there was space all over the place should they have the wherewithal to send it wide. We were screaming at the screen, “Go wide”. This was clearly not their plan. If we look to where they carved the All Blacks up, it was in the usual spot, up the cuts on the fringes. But this didn’t happen often and they rarely made anything of that break. The Hodge try was a gem, but it was an outlier.

Pocock was targeted for sure to clean him out of any breakdowns and some of them looked a tad iffy.

I don’t want him taken out of play like taking the top of a Yenda (Now who else hates that advert that plays over and over and over and over and over and……), i.e. a twisty top, but I think under the law a real neck roll is something way worse than some of the instances that were shown. Perhaps it should be stricter. It’s certainly hard to govern on the ground and the game turns to farce if the armchair flankers are stopping every ruck for a look. It’s bad enough now. I’d be interested to hear the interpretations from more learned folk than myself on this phenomena. By definition, being a fetcher in a Rugby team is one where you put your head over the ball and wait for someone to take it off if they can. Was the referee only counting a neck-roll if there were two hands / arms in contact? Without asking him, it’s hard to know.

I’m pretty sure that the Referees are getting sick of the new trend of everyone in the team (All Blacks also guilty here)  bleating “Off side”, “Forward pass”, “Yellow card” at every whistle or perceived issue with a play. It’s certainly a bad look (and sound). Hooper is certainly carrying on from where Moore left off and is constantly harassing the referee. He’s the captain and can ask, but asking for endless yellow cards is likely to, and probably has, meant that some items are not paid when they should be. Referees are human and can work against you if you’re always crying wolf. The Wallabies are not getting the rub of the green a lot for sure. Why?, they might ask themselves. Strategy and Culture. This might become a theme. 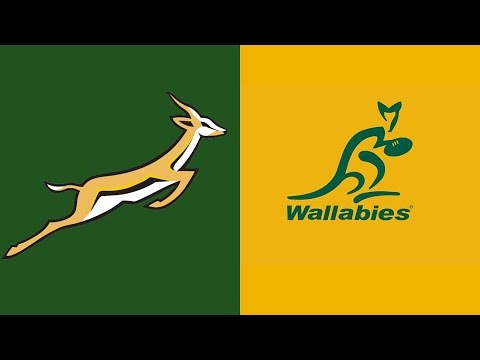 Now for this weekend, the Wallabies Vs the Springboks. What can we expect? Both are coming off humiliations. They were equally humiliating in my mind. The Wallabies “We have a plan” failed to materialise and the Boks were ambushed by a nippy and committed Argentinian side that had looked strangely Wallaby like the week before. I have said before that I think the Boks are weak defensively out wide and are going to get burnt on turnover. This transpired when the Argies were better up front. The Boks charged back but had left it too late. They are not good enough to claw back 20 points. Their place in the world standings looks about right. The Wallabies just got gassed again and I am sure this is what the Springboks are hoping too for this weekend. They have some nice fast Wingers and Centres and have some agile forwards that might make some space. The Wallabies are going to be fragile in the centres and out wide. Koribete is a fast hard runneer but is about as Rugby nounced as an American Nascar fanatic. He needs some more learning. Certainly in space, he’s like Folau, can run hard and make a try. But anything more than that, he’s sorely lacking. Both league imports are not great defenders and get shown up by better teams. Don’t get me wrong, but Folau probably wouldn’t make the current All Blacks side. Smith is just better, and Jordie is starting to come of age. (He is a tad brash sometimes, but Hansen and Co will sort that). We’ll await the actual team announcements, but I am predicting the Springboks to win this one. It’ll be close I am thinking.

The Argentinians are not known for backing up a good performance, but they are known for lifting when they play the All Blacks. They must be dreaming of the day when they get this scalp.

The boys in Black won’t be sitting down waiting for that to happen we can be assured. Certainly there will be some changes in the team to bring on some of the players that are fringe and deserve a game. Hansen will not look to lose, but as we saw in 2014 and 2015, he bought guys in to try out and he messed around with tactics making the All Blacks work harder than normal by not licking, or over kicking in a game to see how they reacted. If they looked like losing they could always return to type and kick on. I am thinking they’ll start doing more of this. Could be wrong, it could be too early. We will see.

I think there’s not a lot to wax Lyrical here about, I think the prediction is that the All Blacks should win by 15 or more.